18 December 2016 Vintage at Asgard Games
This topic has been deleted. Only users with topic management privileges can see it.

We always play at least four rounds at Asgard. With only eight people turning out today, that means that the results ended up being quite tight. Split to top four went down to the second tie breaker and one more player (me

) was on the same number of wins. 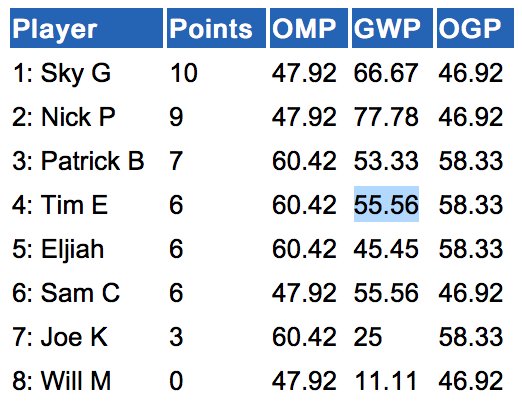 A couple people wanted to go watch Star Wars so we split top four. Decks were as follows:

last edited by
B
B
benk4 Reply Quote

We need to start doing decklists for these!