Eternal Weekend Europe - 21 and 22 December - Paris, FR
This topic has been deleted. Only users with topic management privileges can see it.

No scheduling details posted yet. I'll edit this when more details become available. 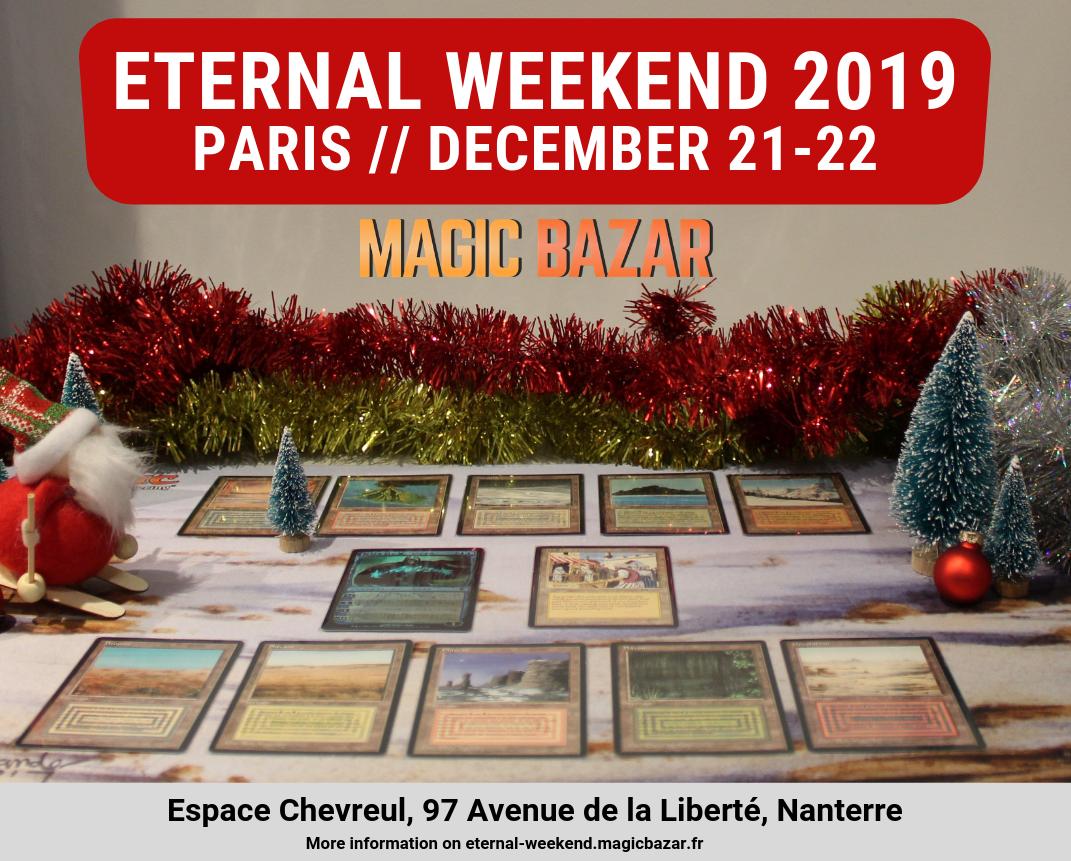 And yes, this is indeed the weekend before Christmas.

And after scheduling with minimal time to plan on the VERY WEEKEND before the only Legacy GP in Europe (more than one year after the previous one) here comes the scheduling on the VERY Christmas WEEKEND.

May I suggest you Nebraska's War?

Same TO, location where MKM Paris was just held in, but at least it won't be June-hot. Area (Nanterre) even further from Paris than last year, less run-down, but there is not much around. Plan ahead for traveling and especially lodging since it's basically Christmas Holiday.

If anyone from overseas fancies spending two weeks in Europe going to both (Nebraska's War and EWEU), I know maybe @IamActuallyLvL1 might, let me know, I can be of help especially for the Italian part of the trip.