Theory of game play
This topic has been deleted. Only users with topic management privileges can see it.

When I started playing magic there were 3 general deck types: Control, Aggro, Combo. I suppose you could add Tempo (Burn, Land destruction, etc… ) but land destruction was not a control deck, it had one simple goal – blow up your lands then kill you with some big dude so it is an Aggro deck like Burn, so the tempo deck often falls into the Aggro arch-type.

There used to be a theory of the game that you needed 3 main arch-types for a healthy meta-game in Magic. You want a strong control deck that could stop spells on the stack, a fast and aggressive deck that could swam and overwhelm you with creatures, and a consistent and fast combo deck that put a clock on the number of turns. The idea was that Combo beat Aggro, Aggro beat Control, and Control beat Combo.

The classification of Dredge as a Trigger and Replacement deck that plays as Combo/Aggro is broad, the deck is simply a hybrid. Shop decks have evolved with the restricted list and the new cards, often going from an Aggro deck to a Prison deck and back to an Aggro deck.

The concept of Prison in the format creates big issues for organized play. When Trinisphere was unrestricted the meta-game was heavily skewed to beating decks that could resolve a first turn Trinisphere and play through it.

Once Trinisphere was restricted, we still had Chalice of the Void and eventually Lodestone Golem, Thorn of Amethyst, Tangle Wire and the new cards from Kaladesh Foundry Inspector, and Chief of the Foundry. Dredge was born out of draw replacement effects from Ravanica Block and some very powerful cards in Timespiral block that motor the deck – Bridge from Below, and Narcomoeba, and Dread Return.

Now I know, most of you know the history of the game and history of the decks in the Vintage format. I do not write this as a history lesson but to illustrate a point that I feel is missed by much of the conversation about the format. Restricting cards will not give you the meta-game you want, but it will re-balance the format back to classic triangle of Aggro -> Control -> Combo.

The key to any healthy meta-game comes down to looking at the theory of how deck arch-types interact with each other. Cards like Treasure Cruise get over played because it makes Aggro much better against Combo and Control, and break the triangle. Cards like Monstary Mentor give Control decks a Combo style finish that overwhelms most Aggro decks, again breaking the triangle.

The recent results of the Eternal Champs did not show a broken arch-type in the Aggro category, but illustrates that the classic Aggro versus Control match is still and always in favor of Aggro decks. I think the focus of eliminating Prison style decks from play has had a big impact on the meta-game since most players hate playing in a format where Prison is heavily played because of the un-fun game play that gives you very little player interaction.

The Dredge deck, which for now I will classify as Aggro, illustrates a hole in trying to apply game theory here. The fact that you can slow the deck down or temporarily shut it down with graveyard hate and blocking their triggers and replacement effects treats the deck like a combo deck, but when they play Aggro with Hallowed One and Gurmag Angler and the deck goes into Aggro mode it makes it difficult to play against the deck both ways. If the deck were purely Combo, then you just focus on shutting down the Combo if it were Aggro you focus on killing the swarm.

When I read through the threads about Vintage, I see a lot of complaining and not much theory. I want to know if players want a “balanced” format because I see a balanced format or if players want to play their blue decks and win more often with Control out pacing Aggro which is against the theory of the game and looks a lot like Legacy.

I personally think we not looking at all of the factors involved in playing a single deck for 10hrs straight. You need a very consistent deck that needs to break the triangle at several points during play. You can probably break the triangle and have Control beat Aggro a few times but when Aggro is very heavily represented in an event then your percentage chances of making a mistake or just losing to a lucky top deck increase each round. 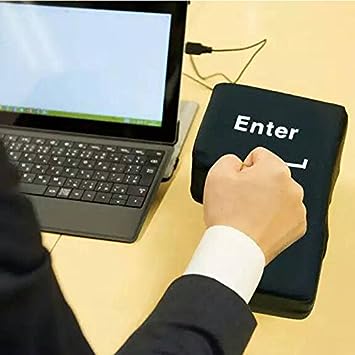 There are a few problems with this post. For one, not everybody is going to agree on how you categorize decks. I'm a firm believer in the base agro, control, combo classification of decks. After that, its really a matter of semantics about how you classify certain decks. I would disagree with you land destruction classification for example. However, its irrelevant to the discussion

The next is the fact that when these classifications came out I think they were more clearly defined. Over the years people have built hybrid decks and I think its rare these days for a deck to fit solidly into a single category. For example pre-thorn restriction I would have called Ravager Shops an agro-control deck.

A gifts ungiven deck might combo-control. BUG are great examples of agro-control decks as well. There are very few decks these days that I think really fall into a single category.

A third problem with how this is presented is late in your argument. I'm referring to this part:

For starters, not every player will define 'a balanced meta-game' as a well rounded balance of all 3 archetypes. Thru discussions on these forums I've talked to many players who feel those archetypes are simply outdated or not accurate or just don't apply anymore. I don't understand this. I think those 3 categories are perfectly fine pillars to start defining deck types.

What I disagree with is your definition of a balanced meta. I like the fact that decks and the pillars have evolved to include more well rounded, hybrid style decks that cross the lines between these 3 archetypes. For me a balanced meta means there are a certain number of competitive tier 1 and 2 decks with ample opportunity for tier 3 or rogue decks to make a good showing as well.

The meta we've had since the mentor/thorn restrictions are a good example of this. We have some very clear tier 1 decks and tier 2 decks. But there is still a wide sampling of rogue decks and other decks in any given Saturday tournament with a reasonable chance of being competitive.

Yes, I'm aware of the EW T8 results. But I truly believe that had more to do with the players than the decks they were playing. I do agree with the statement of wanting to see combo be a bit better represented. But to that end I've taken it upon myself to do something about it. I've been working on and playing a bomberman list since the restriction. I've been tinkering with it and tuning it to fit the metagame. I do pretty well against shops. Solid against BUG but oath has been giving me fits. I'd advise you to do the same thing. If you want combo, then pick a combo deck, build it, play it, tweak it, play it some more. Innovate. Its on you as the person who wants combo to be more balanced to make it more balanced.

@khahan I am doing just that, I play a Sun Titan Oath right now as a combo deck, and yes that is a hybrid. I am well aware of the hybrids, which is why I noted it in the Dredge description. Most hybrids do not last that long because they are difficult keep focused based on a local meta-game. Where I play 2 Card Monte is heavily played by very good players usually 3 to 4 people in a 20 person event. I make the point about the triangle because I did play Legacy over EW and that format is in trouble when 5 of the top 8 decks are Delver and 6 run Deathrite Shaman, and 7 of the top 8 decks had 4 Brainstorms. My deck beat Delver all day but I lost to dumb rogue decks. That is not where I want Vintage to go. I played Modern this summer and I played Combo like a Vintage player and my opponents could not play the stack. I think a balanced meta-game is what feels like you can show up with a good deck and play well and win. If that means you need 4-8 pieces of Aggro hate so be it, we do that now against Dredge anyway.

@moorebrother1 well put.
Nice to see a post about game theory and not about b&r and whining about shops.