SCD Ensnare
This topic has been deleted. Only users with topic management privileges can see it.

I've always liked this card, it seemed under valued. Does it have a possible sideboard home in a Mentor or Grixis list? 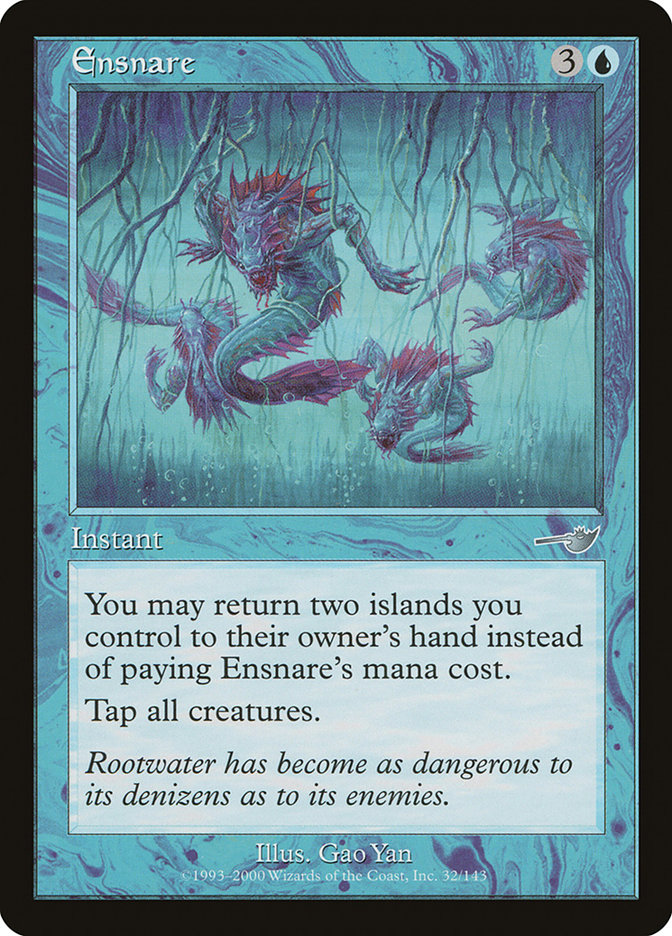 One of those cards I always keep a copy or two with me, but never seems to quite make the final cut... 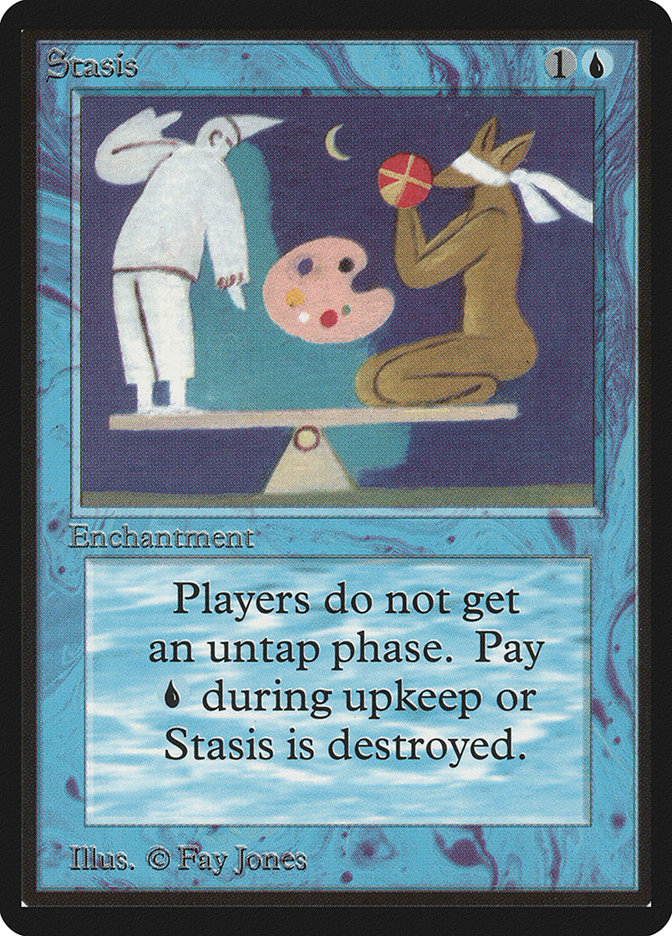 It can buy you a turn if it doesn't get countered. But all it does is buy a turn. I'd rather have a spell that eliminates the creatures on my opponents side of the board.

The cost is too high when you could be Gushing with those islands instead...

I expect this would mostly be used aggressively, rather than defensively. That is, declare attacks, and play Ensnare to stop them from blocking. In that way it turn standoffs into wins, in a way that a broad sweeper or targeted removal spell can't. Even when done during an opponent's combat it does more than buy one turn, because it means you're free to attack back on yours.

That said, I can't imagine it's good often enough to be worth running.

@Brass-Man Also, Mentor opponents can still create tokens after Ensnare resolves to mess up the math.

@fsecco Mentor combat maths in a format where you have to think about so many possible lines of play is the worst. Vintage was so much more fun before it was printed.

Back on-topic, I think tapping creatures is too narrow for a card slot. Sacrifice two islands to destroy two creatures would be interesting.

The main I mentioned the card because it can serve two roles defensively (although that could be really bad) and offensively for the reasons Brass Man mentioned.
On the topic of not being that great, Sudden Shock is a card that red gets splashed for, I thought that this card might be worth a look to fill the Sudden Shock niche, especially with green making its way into Mentor these days.

Agree with Stasis. Sprinkle in Tabernacle with no untap.

@John-Cox The problem is that I'd never want to cast this and hinder my ability to cast Gush. The tempo loss is too great and it's only good on the turn you have lethal (and probably only good on Mentor standoffs).

Possibly only in decks with Fastbond. As said above, Gush is competing with this card for Island resources, and Fastbond is really the only way to offset that.